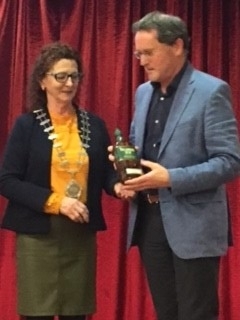 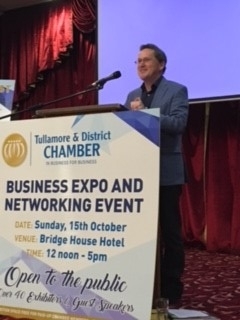 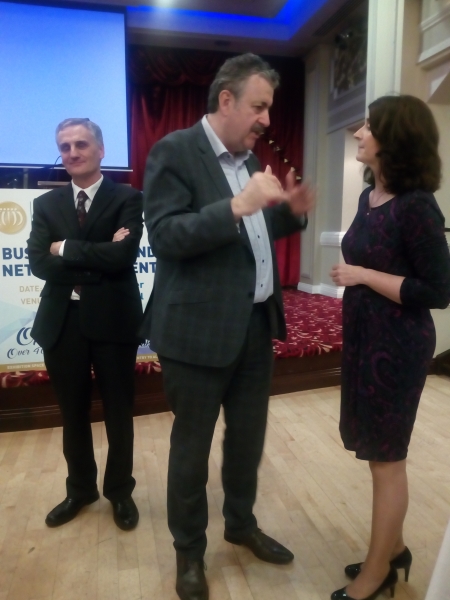 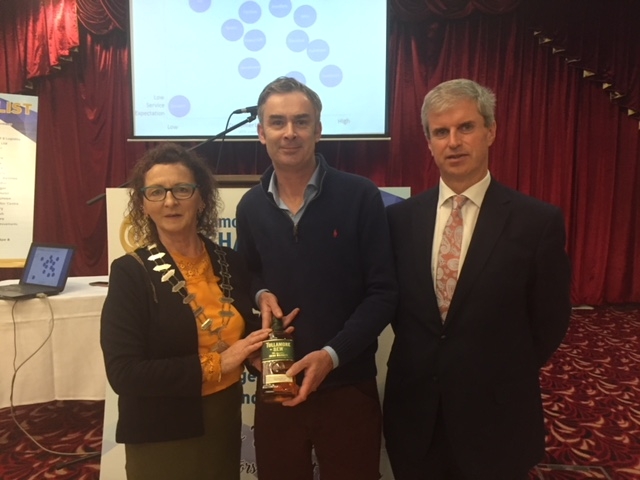 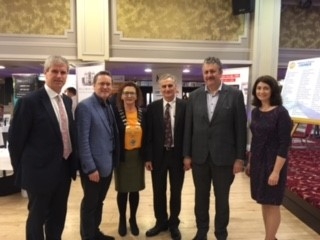 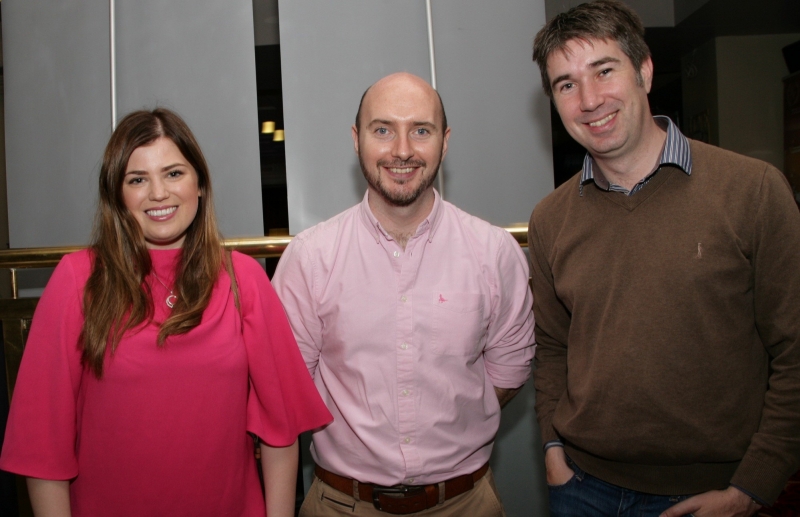 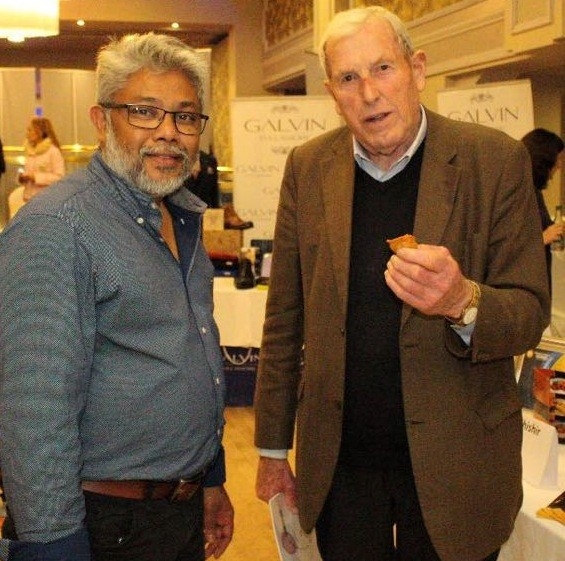 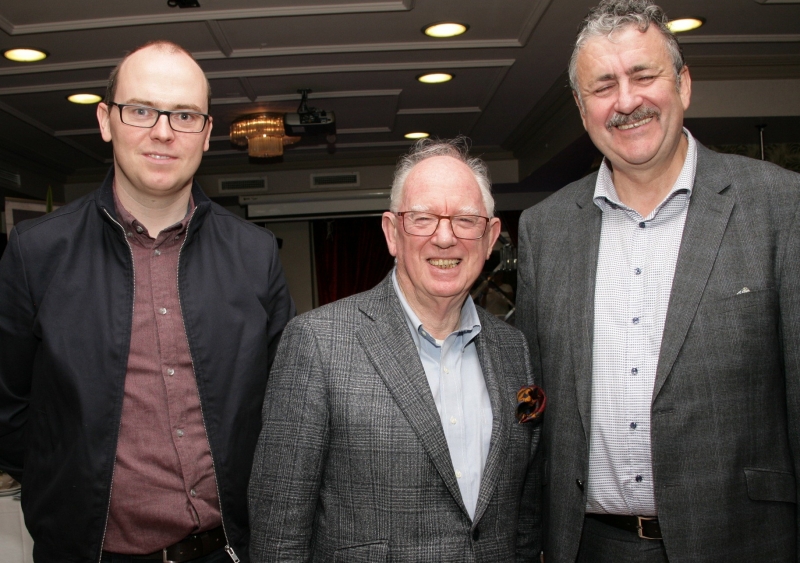 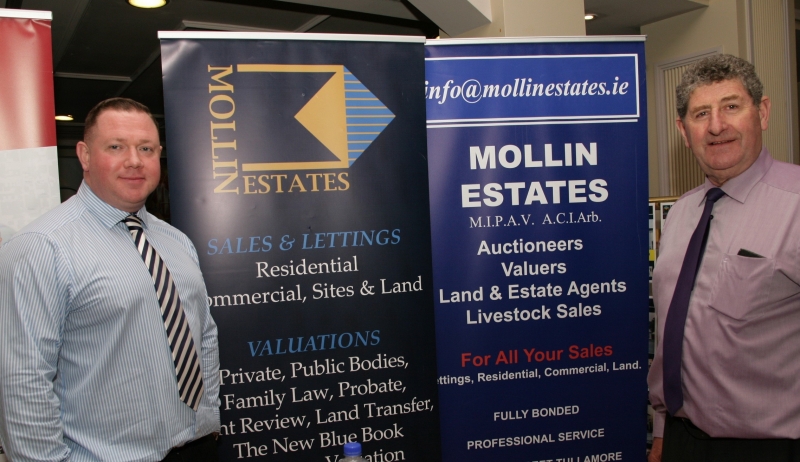 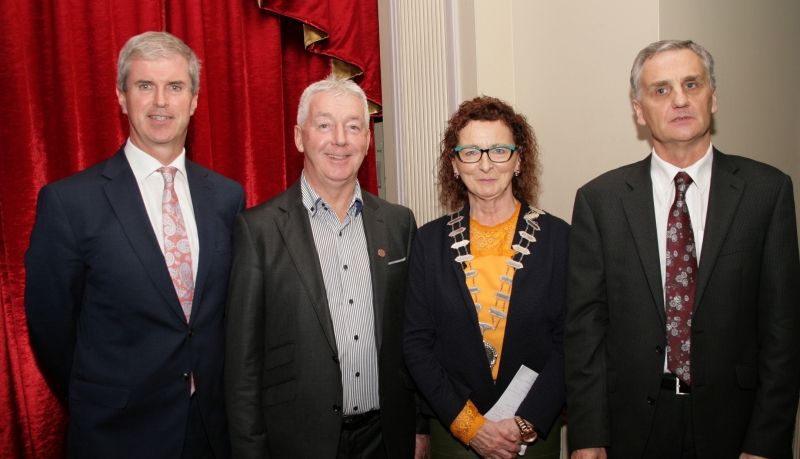 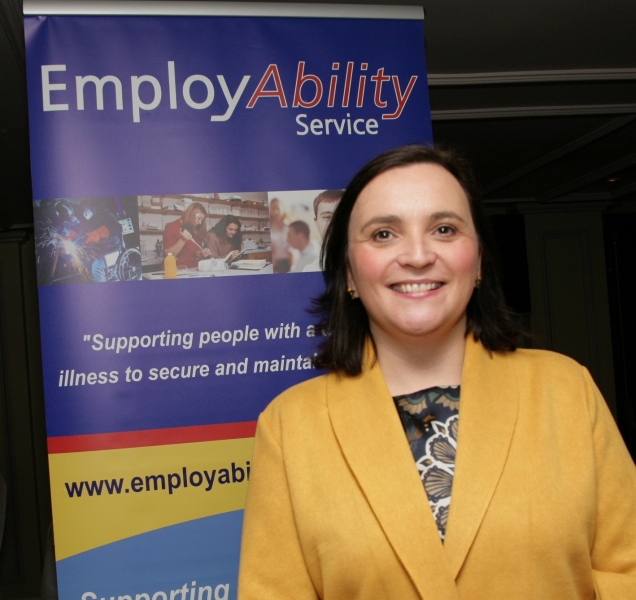 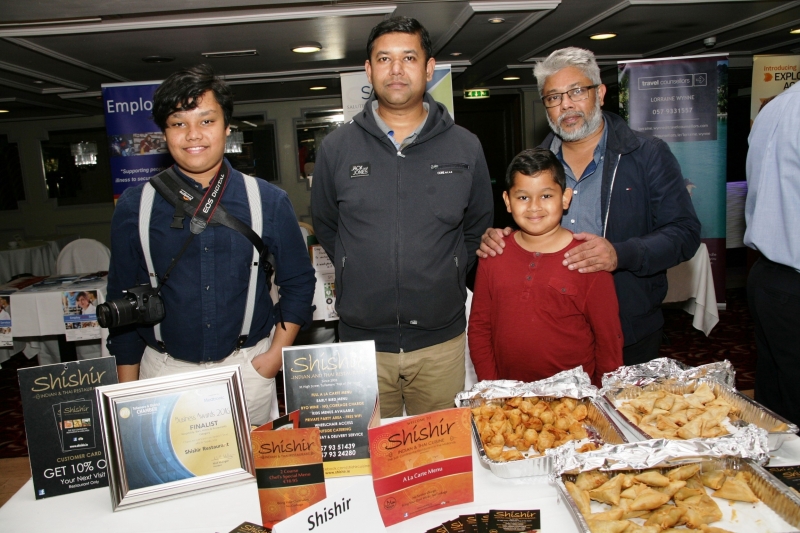 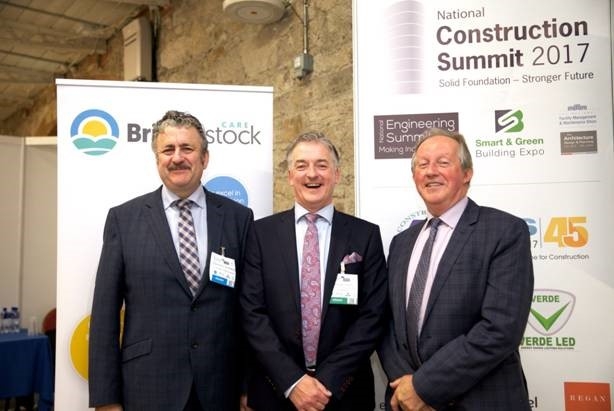 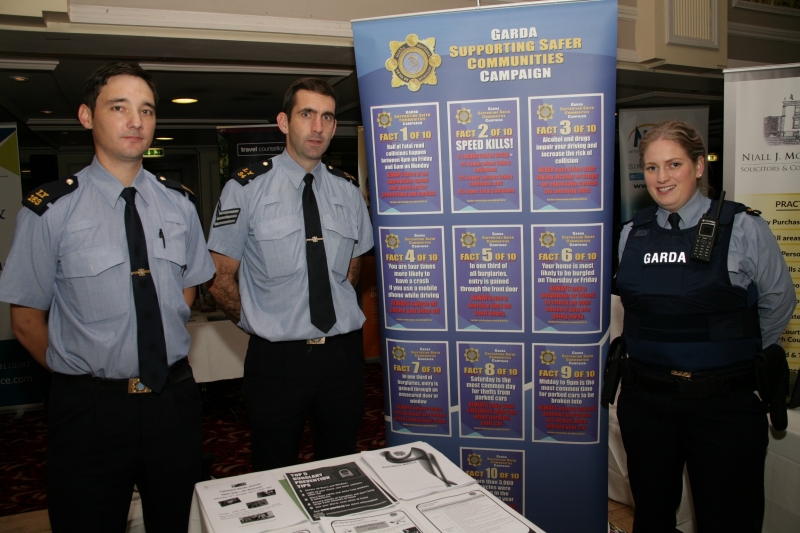 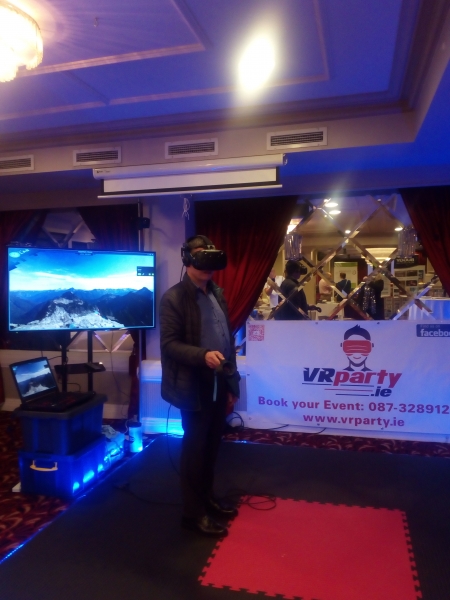 Tullamore can be the Cambridge of Ireland, RTE's George Lee tells Chamber Expo

TULLAMORE has the potential to become the Cambridge of Ireland due to its proximity to Dublin and the quality of rail and road links to the capital.

That's according to RTE's George Lee who lauded Tullamore as having the best community spirit of any town in the country.

He said Cambridge was located the same travelling time distance from London as Tullamore was from Dublin and as such the Offaly capital was ideally positioned to develop as a commuter town.

Noting that thousands of commuters lived in Cambridge and travelled to the British capital by rail, Mr Lee said he was surprised at the low numbers of people using the train service from Tullamore.

"You have a wonderful train station here and you have very few people using it . . . I find that incredible because planners and environmentalists are pushing us so much that way."

In unscripted remarks, Mr Lee continued: "You can really have a good lifestyle here . . this is a town which can offer so much and has so much potential though there are big challenges."

Mr Lee, who is RTE's Agriculture correspondent, was the keynote speaker at Tullamore and District Chamber of Commerce's Business Expo in the Bridge House Hotel on Sunday last.

The journalist, familiar with Tullamore though the Show and Ploughing Championships, said there was a great spirt of volunteerism evident in the town.

"With the sense of community spirt here it should be nationally famous," he added.

"I know of no other town in Ireland where you have such a strong sense of community, of pulling together," stressed Mr Lee.

"This could be the Cambridge of Ireland and there is no reason why it shouldn't be."

Guiding his audience through the Census '16 figures, Mr Lee said Tullamore could be described as the average town in Ireland apart from one key area - 30 per cent of homeowners used peat as their source of heat compared to just 5.3 pc nationally.

Describing this figure as a "red flag", Mr Lee said climate change and devising ways to adapt to its challenges would be one of the biggest business opportunities of the next decade.

Mr Lee also praised the local Chamber of Commerce for organising the business expo which he cited as another example of community spirit.

That theme of "everybody working together" was also highlighted by the President of the Chamber, Anne Starling in her remarks at the official opening of the event earlier that afternoon.

She said the Chamber was available to provide advice and support and appealed to businesses to "work together to achieve our goals."

But she was critical of the support IDA Ireland was providing to attract new business to Tullamore.

"I asked them to send a representative to address this Expo a few weeks ago and was disappointed they did not,' stressed Ms Starling.

She said there was a need for an IDA advance factory in Tullamore and noted that only a handful of IDA created jobs had been provided in the town in recent years.

Predicting that the next two years would be an exciting period for Tullamore, Ms Starling said new developments included an extension to the Tullamore DEW Distillery and the construction of a second Lidl store.

And the Chamber President said she was confident that a development would take place on the old Texas site in the town centre during that period.

Cllr Declan Harvey, Cathaoirleach of Tullamore Municipal District, speaking at his first official function since his elevation to the role, echoed Ms Starling remarks and stressed "Tullamore has a lot to offer."

He also expressed confidence differences over the town's Street Enhancement project would be resolved and that Tullamore's main thoroughfare's would be upgraded.

Master of Ceremonies, the Manager of Tullamore AIB, Kevin Kelly, said the Chamber had gone from strength to strength in recent years and now had 150 members.