Who We are
Home » Who We are » Chamber President 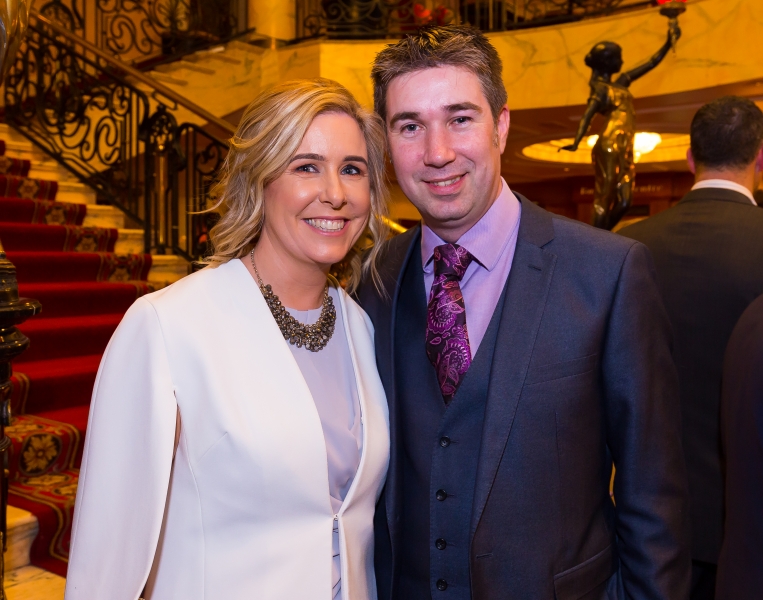 The scaling back of ESB and Bord na Móna operations meant Offaly was changing in a significant way even before the pandemic arrived to add another layer of uncertainty. But amid these turbulent times there's opportunity to go in a positive new direction, according to the new president of Tullamore Chamber, Anthony Hanniffy.

The Ferbane native, who is chief financial officer with Acetech, the Tullamore-based vehicle intelligence firm, took up the two-year presidency earlier this month. Succeeding Roger Guiney, he described the role as "great honour".

Anthony believes remote working is here to stay for the long term, and he wants Tullamore to capitalise on that societal shift by putting a remote working strategy in place within the next two years.

"I fully believe that remote working is going to become the norm. That doesn't always mean working from home, but working from serviced hubs with up-to-date modern facilities.

"I think the towns that plan for this will move ahead, and the towns that keep their heads in the sand will continue to fall behind. I believe that Tullamore is ideally situated to take advantage of this.

"It wouldn't surprise me in the least if, in 10 years' time, the biggest employers in Tullamore were some of the biggest tech giants in the world," he said.

He mentioned the development of the old Harbour site in Tullamore as one of the Chamber's main priorities and believes it offers lots of potential for retail and office use. "Opening up that part of town would be a huge addition," he said.

"It's the biggest inland harbour in the country. There are high walls around it at the moment, and nobody really knows it's there, but we've been working with Offaly County Council and Waterways Ireland on it, and in the last tranche of funds that were released the council got money for a feasibility study on the area."

He acknowledged that, while some industries have been relatively unaffected by the pandemic, it has been "catastrophic" for the retail sector.

Tullamore recently saw the permanent departure of renowned retail names like GameStop and Carphone Warehouse, which Anthony said was a cause of concern.

"We really need the Government to come up with a plan and a timetable for opening up the country because there's an awful lot of retailers being left in limbo at the moment," he commented.

"With the pandemic, there has been a drive towards online (shopping) and it's not just Tullamore, every town in the country is affected by that phenomenon. Going forward, I think it will not really be about products and services on their own, it will be more about the customer experience."

He said Tullamore Chamber was working with Offaly County Council on establishing a retail committee around the relaunch of the town post-pandemic.

"We don't know what shape and form it will take yet, but we'll definitely be doing something to relaunch the town in the next few months, when we get a clearer timetable from the Government on reopening."

He also said he would be encouraging more young people involved in business locally to become part of Tullamore Chamber.

"This will serve two purposes – for the Chamber it will give us a lead and bring new ideas and energy to the table. And for the individuals there will be a networking and social aspect. Going forward, with remote working becoming more common, this will be vital to keep these young people engaged."

A native of Endrim, Ferbane, Anthony has been living in Tullamore since 2006. He is married to Sinead, a fellow Ferbane native, who works in Tullamore Credit Union, and they have four children; Orla, Emer, Sarah and Cian.

Anthony has been working for Acetech, a company set up by Eric Gallagher which is involved in vehicle intelligence for emergency vehicles, since 2009.

Acetech employs more than 50 people in Tullamore, and a further 25 globally, and last year it moved to its new headquarters in a previously-vacant building in Central Business Park.